The Most Popular Architecture Styles in Napa Valley

Napa Valley houses are some of the most beautiful estates that you’ll find anywhere in the country. However, this doesn’t mean that they all look the same. In fact, as you scan the area, you’ll notice several unique qualities among a few different categories of homes. This article will explain some of the top styles in greater detail, with the hopes that this information will be helpful as you shop for Napa Valley homes for sale.

The Colonial Revival style is a nod back to early Georgian architecture. This was common during the Post-Medieval English period, which occurred around the time when America was first founded. These homes feature varied roof forms and shapes, along with brick facades and less striking details than other homes.

The First Bay style traces its roots back to the late 19th and early 20th centuries in the San Francisco area. It’s loosely based on the Eastern Shingle style and is common throughout the Bay area. Some of the defining features are redwood interiors, natural components, and a special emphasis on craftsmanship and asymmetry.

This movement reflects, in some ways, traditional Greek and Roman architecture. Columns are popular, as are symmetry and proportion. Many of these buildings were built during the late 19th and early 20th centuries, and tend to be fairly ordered and repetitive.

As the 20th century moved on, modernist architectural approaches became focused on simplicity and a strong connection to the outdoors. California modernist homes followed suit, with many of them fitting in well with the surrounding landscape and paying special attention to both materials and craftsmanship. The philosophy was influenced by Japanese and North African trends, where courtyards are popular in many houses.

This category represents the newest Napa Valley houses. These homes reflect some trends that developed from the California Modernist movement, such as floor-to-ceiling glass windows and natural colors that allow the home to better blend in with the surrounding countryside. This allows animals to move freely through the area without feeling threatened or disturbed. It also gives you a greater appreciation for the natural beauty of the area.
No matter which of these houses you ultimately choose to buy, each one represents a beautiful style with a rich history that you’ll be proud to share with your house guests. When you’re ready to start seriously looking at Napa Valley homes for sale, a real estate agent from the Coldwell Banker Brokers of the Valley team would love to help you get the process started. Each of their agents has extensive experience handling countless transactions for Napa Valley houses, and their goal is to serve you with the highest levels of class and professionalism.

Why You Need a Wine Cellar in Your Wine Country Home

One of the reasons you were drawn to look at Napa Valley Houses for sale is because of your affinity for the best choice wines. With so many vineyards to choos...

7 Types of Luxury Properties found in the Valley

Many people dream of owning Napa Valley CA luxury homes, but if you’re seriously considering making a purchase in the area, you will have to better defin...

The Most Popular Architecture Styles in Napa Valley

Napa Valley houses are some of the most beautiful estates that you’ll find anywhere in the country. However, this doesn’t mean that they all look t...

Game On: High-end Gaming Tables Come Out of the Basement

Once you purchase your dream Napa Valley real estate property, you may want to partner with a designer to bring out the best appearance inside your new ...

5 Landscaping Tips to Beautify Your Napa or Sonoma Home

Most Napa and Sonoma homes have gorgeous interiors, but what can you do to properly take care of the outdoor spaces? This article will outline a few easy steps... 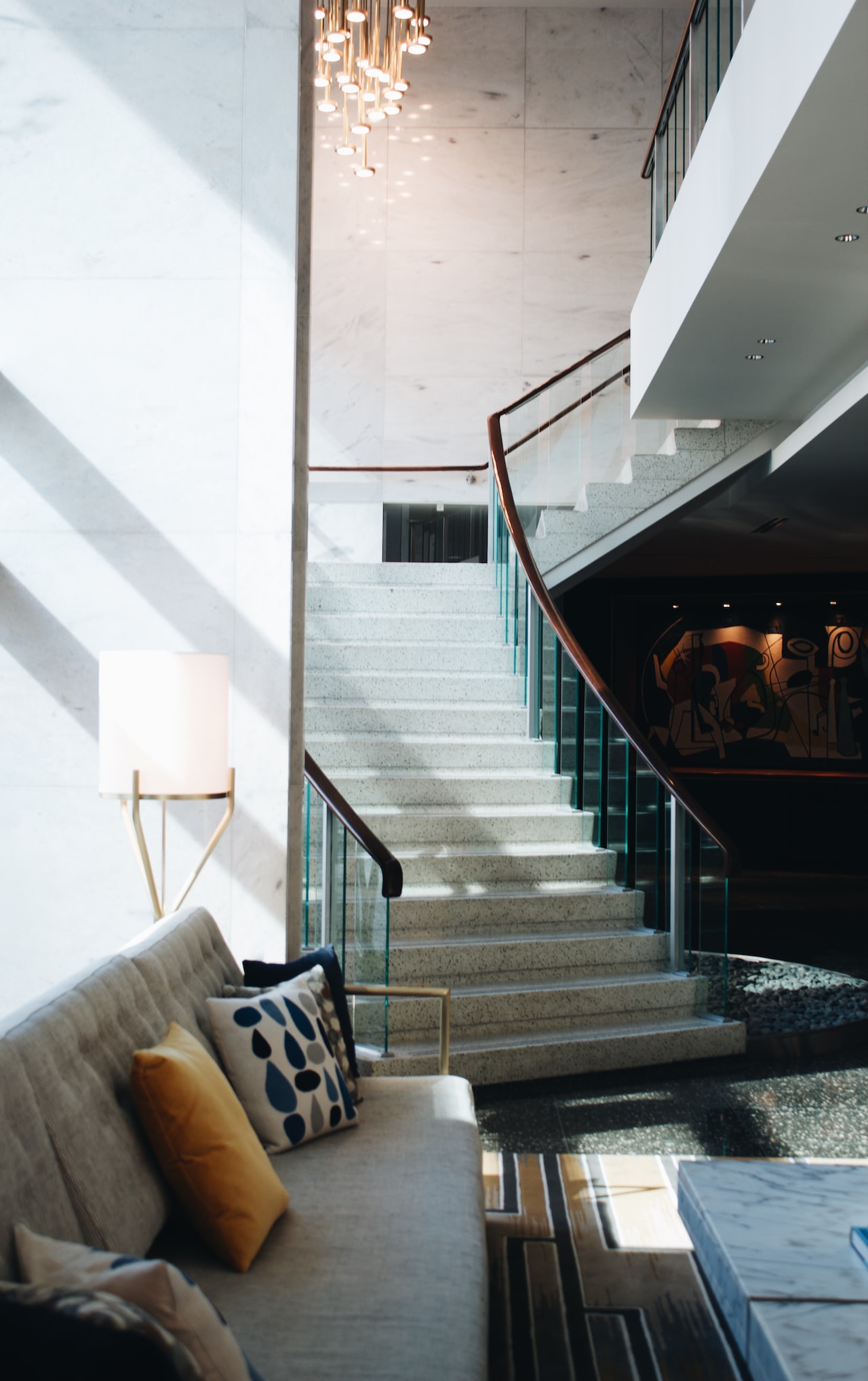 In times of uncertainty, we often look to our real estate leaders to make predictions with confidence. How are rising interest rates and a downturn in t...

The spring season officially starts March 20, however this month’s newest batch of $10 million+ listings say otherwise. At least when it comes to ...

From a near-heavenly oceanfront estate perched on Malibu’s coveted Paradise Cove bluff to a rustically elegant mansion just outside of Nashville, ...

Are You Ready to Buy a Napa Valley Home For Sale?

Napa Valley sits just north of the San Francisco Bay Area. The region is famous for its beautiful hillside vineyards, which produce some of the best wine in th...

When moving with your family, it’s vital to make sure that your new home will work well for you and your kids. Luckily for families looking at Napa Valle...

Vacation home sales spiked from January to April 2021, rising by 16.4%—more than 10% higher than the growth of existing home sales during the same...

Pick your paradise. Whether you’re a wine aficionado, nature lover, beach bum or city slicker all the way, this month’s latest collection of...

A quarter into 2022, and the luxury real estate market is still favoring sellers as low inventory continues to many locations in the U.S. and abroad. Th...

From a unique Aspen in-town building to a Cannes villa that’s très chic and multiple California dream retreats sweeping up from Corona...

The holidays always seem to shift our spirits towards home. The final $10 million+ listings of the year instantly inspire a turn inward and reinforce th...

If you are looking for your own personal wonderland, look no further than this month’s collection of 10 Over $10 million listings from the Coldwel...

You’re about to list your home on the market — what are a few last-minute staging ideas you can do yourself to make sure your property is memorable...

How to Use Fall Colors to Sell Your Home

With summer disappearing into the distance and the fall fast upon us, homeowners aiming to sell in the next few months have an excellent opportunity to exploit...

Whether you center your life around great food, collecting watches, or traveling to off-the-beaten-path places (or all of the above), the fall 2022 issu...

4 Tips to Selling Your Home in Wine Country

If you’re selling real estate near California’s wine country, you’re likely feeling the urgency to sell quickly and maximize the return on in...

The dreamiest new luxury listings from the Coldwell Banker Global Luxury® program have arrived. From a Miami bayfront masterpiece to a custom m...

There’s much more to Napa Valley than wine. The towns and countryside of this popular corner of California’s Wine Country are also well-appointed w...

No matter your style— be it modern or traditional, casual or formal—your home should inspire you. These 10 new listings from the Coldwe...

Buying a house is a big decision — and competing against other qualified homebuyers is arguably one of the most stressful parts of this process if...

If you’re brainstorming ways to improve your St. Helena condo or other Napa Valley home, you don’t have to go for a full-on home redesign or...

Whenever you're jumping into the real estate market, whether that means buying or selling, you're better off learning as much as possible about your region of ...

Is Now the Right Time to Sell Your Investment Properties?

In recent years, the housing market has been a very profitable and exciting place for investors. Those expertly navigating the market have been making a killin...

When to Buy and Sell Real Estate in Napa Valley

With the real estate market changing so fast, it can become confusing and stressful to be a buyer or seller. How do you react to it? It can often feel like a b...

“Study nature, love nature, stay close to nature. It will never fail you.” Frank Lloyd Wright had a point – and it was long before the...

When living or visiting Napa Valley, one of the best activities you should enjoy is golfing. Spend all day on sunny, rolling greens, and then savor a vi...

6 Things to Consider When Investing in St. Helena

St. Helena is one of the most beautiful communities in Northern California’s Wine Country. That’s saying something, considering the entire r...

Napa Valley has earned its reputation for world-class wines, wineries, and climate. Visitors from around the world travel to California to taste the grapes and...

In this debut issue of the newly designed Homes & Estates, we look at the finer things from every angle. Matching the magazine’s new editorial...

Guide to Shopping in St Helena: Our 8 Favorite Boutiques

One of the best parts of owning St. Helena real estate is living near the plethora of boutique shopping experiences lining Napa Valley’s Main Street. Whe...

Want to Buy in Wine Country? Consider These St Helena Homes for Sale

There is a beautiful life to be lived among California’s vineyards, and if you dream of experiencing that, you’re in luck: multiple gorgeous...

Our 9 Favorite Things to Do in St Helena with Families

Kid-friendly wineries and other family-fun locales make your St. Helena real estate experience ideal for everyone. There are countless amusing activities to ma...

St. Helena, CA, is a delightful place to spend the warmer months. The summer is the ideal time for sipping wine on a sun-warmed patio, tasting the delectable f...

Guides to the Arts in Sonoma Valley

Welcome to the Sonoma Valley Arts Guide! This guide is your comprehensive resource for everything about arts and culture in the beautiful California Wine Count...

Some of the world’s most beautiful real estate is here in Napa, CA. From palatial vineyard estates to lush, sprawling properties, Coldwell Banker Brokers...

Main Street is the heart of St. Helena where locals and visitors alike enjoy the charm of this small town. St. Helena is famous for its many wineries but also ...

While Napa Valley is famous for its vineyards and wineries – and for very good reason – many visitors miss out on the city of Napa itself. W...

Guides to Homes for Sale in St. Helena, CA: How to Find the Best In...

St. Helena, CA, is known for its world-renowned wineries and sprawling vineyards. The romantic town is also home to some of the most expensive real estate in t...

Building Your Napa Valley Dream Home? Use These Tips

If you're looking for a place to buy property, Napa Valley should definitely be at the top of your list. It’s the perfect place for wine lovers to come a...

Work With Brokers of the Valley

Brokers of the Valley 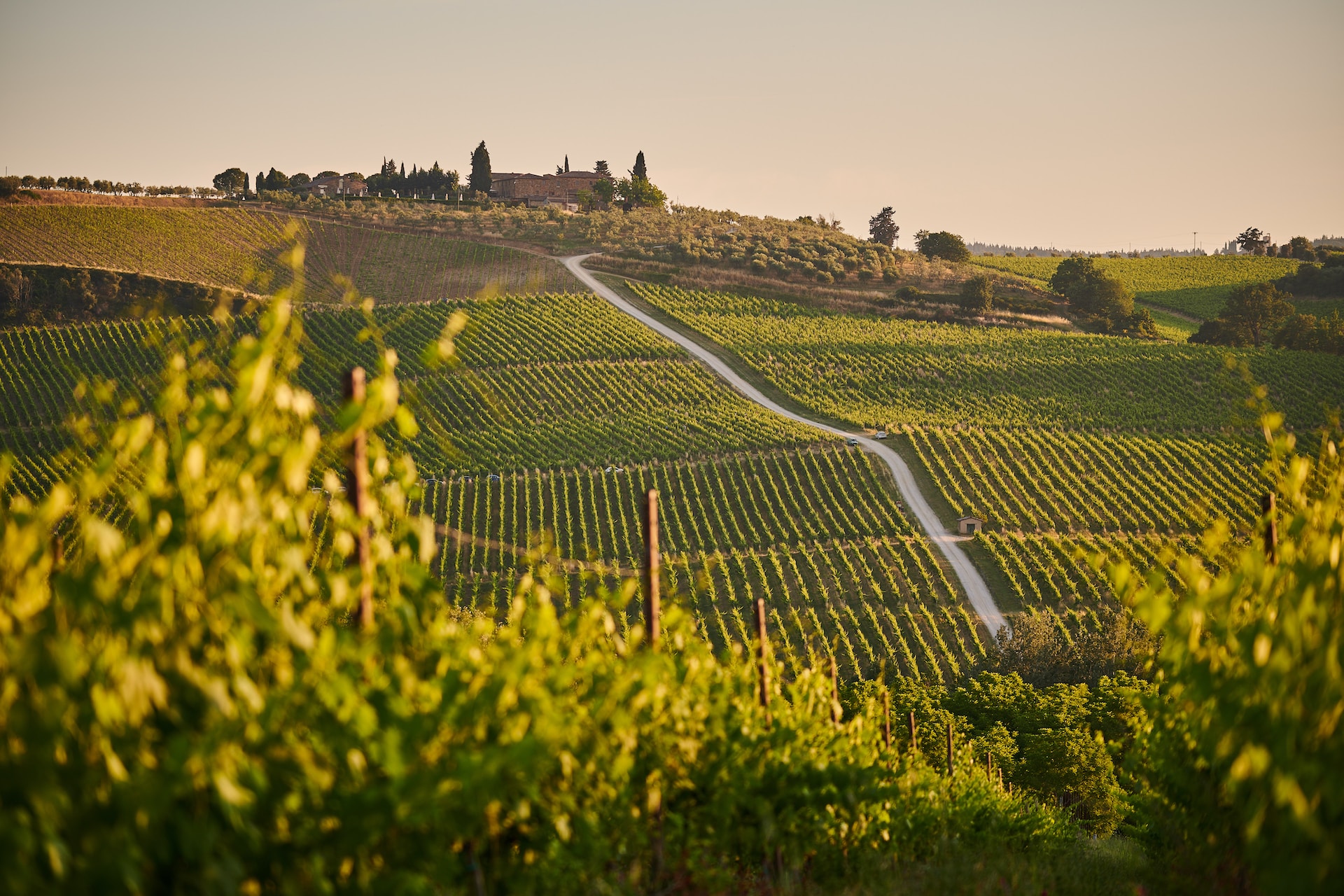